We use our own cookies and third parties ones to offer our services and collect statistical data. If you continue browsing the internet you accept them. More information

Albert Llorens' most ambitious magic show. A large-format show that is characterized by the effects using large apparatus.

The show begins: a transparent cabin chamber fills with smoke. Moments later, Albert Llorens appears from within. But that's just the beginning, in this show, the magician Albert Llorens will make his assistants appear, he will be pierced by swords, he will disappear from center of the stage and even make a motorcycle appear!

You can't miss this large format magic show with appearances of people and motorized vehicles, vanishes, transpositions, sword boxes, levitations and a journey through time! 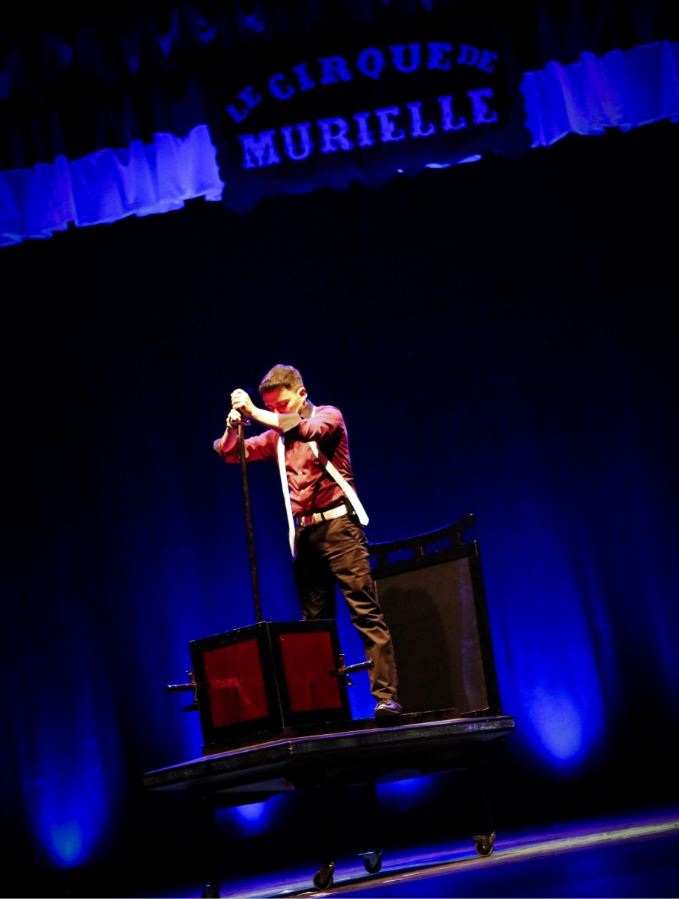 At the client's request, illusions can be modified to fit the theme or characteristics of the event. It is possible to modify and customize a large part of the show. From the music used during the magic tricks and illusions, to the language, or even some of the effects performed. Among them:

If necessary, we can add a sound system appropriate for audiences of up to 1000 people, as well as lighting with a light bar and 14 moving heads.

Companies that have trusted